During the 1960s, Nefab started supplying LM Ericsson’s internal production with stackable plywood boxes that were used for their internal material handling flows. Later, LM Ericsson also asked Nefab to help them develop better packaging solutions to transport their sensitive, high-tech telecom products around the world. Telecom equipment was often exposed to rough handling during long transports and LM Ericsson were convinced that Nefab could help solve their packaging challenges. This is when Nefab invented the Vikex box (later renamed ExPak), a collapsible export packaging solution that would set the standard for the telecom industry for many years to come. The introduction of the Vikex box also effectively increased Nefab’s addressable market, since it was much more economically viable to transport packaging material that was collapsible. In the late ‘60s, there would also be a change in company management, when Hans-Elov took over as CEO.

During the ‘60s, Nefab supplied LM Ericsson with stackable boxes in different sizes for their internal material handling flow between work stations. In the picture to the right, taken from LM Ericsson's factory Söderhamn, Sweden, the boxes can be seen at the different work stations. The lightweight, durable boxes made a big impression on LM Ericsson, who soon asked if Nefab could also design a solution for export packaging as well. 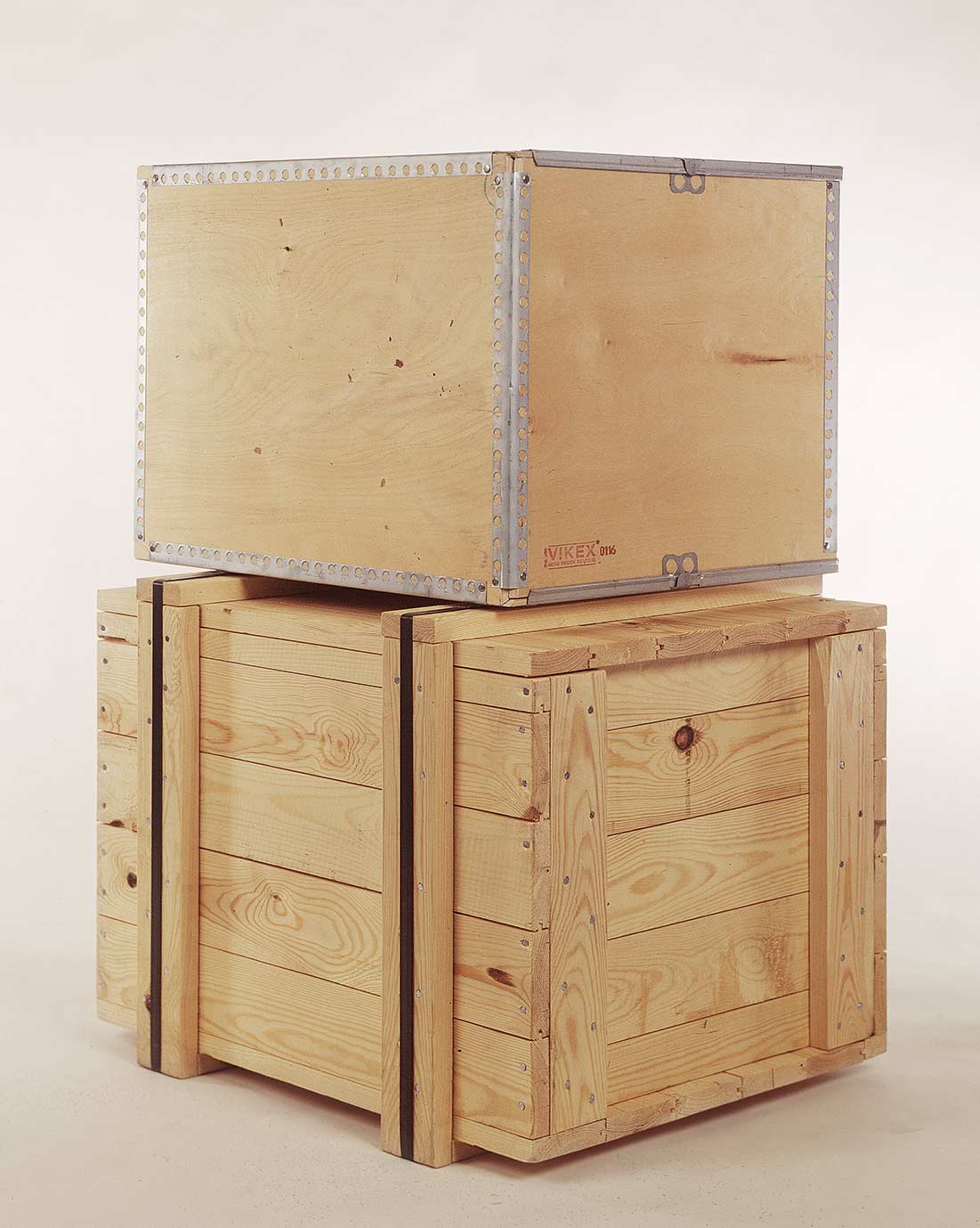 In 1968, LM Ericsson wanted a new alternative to the heavy wooden crates they used for export packaging and were open to innovative ideas. Hans-Elov Nordgren and Roland Hansson – who worked in sales at Nefab – began to develop the Vikex box, today better known as ExPak. The Vikex plywood boxes had a thickness of only 6 mm, compared to 18–36 mm thick wooden crates which was commonly used, which made them significantly lighter and smaller but just as strong. The lower weight was a great competitive advantage as more and more industrial goods were being shipped by air. Nefab also managed to make the boxes foldable, which meant that they took much less space in transport and in warehousing, which also saved a lot of costs.

The fact that the boxes were foldable meant that Nefab’s addressable market grew considerably, since it now made economical sense to transport the packaging material longer distances. This proved critical when Nefab started to explore European markets on a larger scale during the 1970s. Nefab’s strong plywood boxes guaranteed that LM Ericsson’s sensitive telecom equipment would arrive undamaged. This was very important for LM Ericsson because damages to equipment was a big risk to their business. As you can imagine, there were very long shipping cycles to LM Ericsson’s markets, such as Europe, Asia or South America. 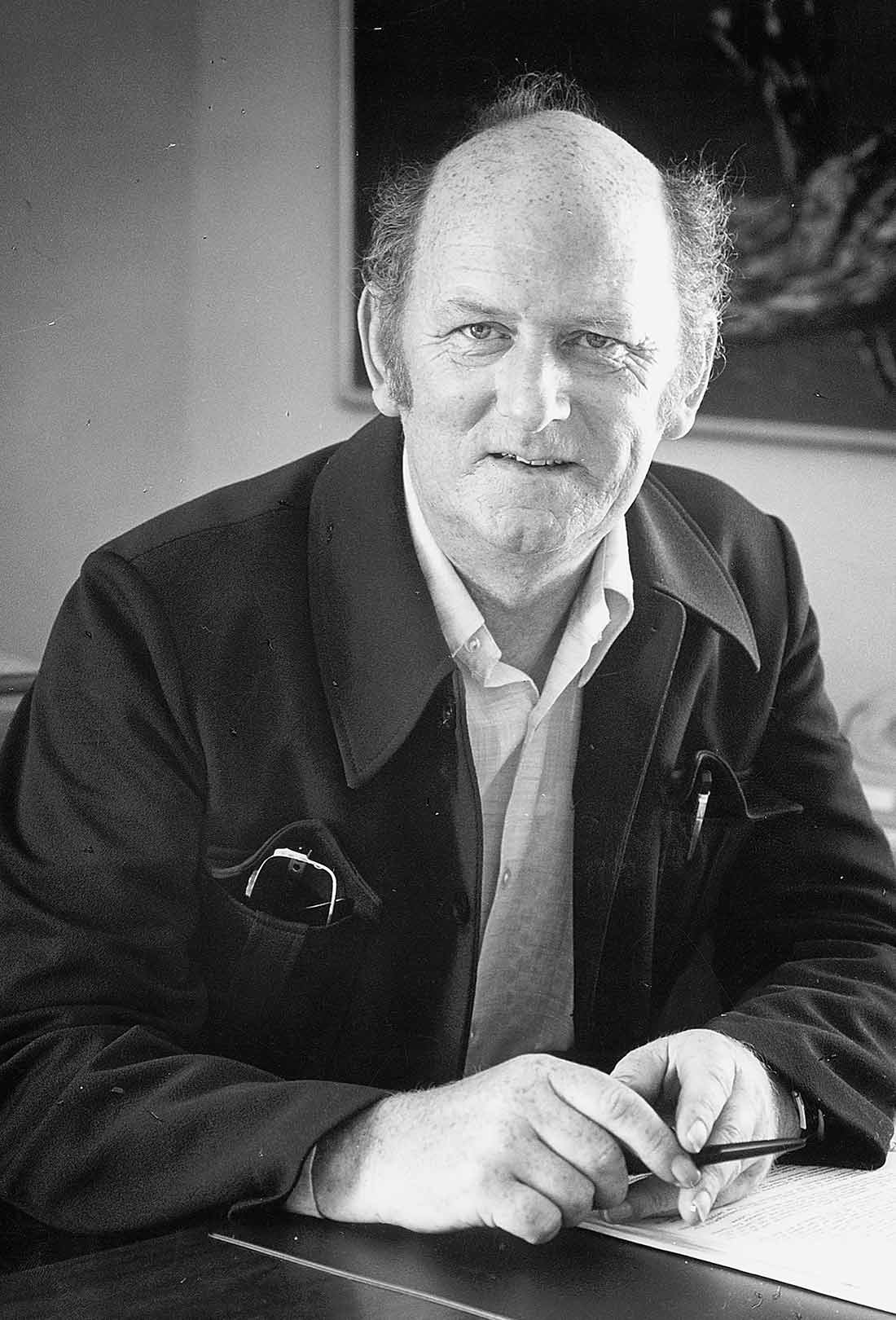 Changes in the Company Management and Culture

Hans-Elov Nordgren took over as CEO of Nefab in 1969, after which, the company started to change radically. Business was booming, so managing growth was the top priority. Hans-Elov was not formally educated in how to manage a fast-growing organization, but he was a strong believer in people’s abilities, and he gave them the freedom and responsibility to succeed. This was the time when Nefab’s core values – Respect, Empowerment and Simplicity – first began to take shape. These values are fundamental to Nefab, even to this day!