In the mid '70s, Nefab started to broaden the customer base in Sweden by reaching out to export companies in Sweden that needed qualified packaging solutions for long distance shipments of sensitive industrial products. Nefab also started to build up a network of agents and distributors in Europe, who would serve as channels for packaging products like the Vikex box. The innovative Vikex box increased the market potential significantly for Nefab, since it could be shipped internationally to resellers. In 1978 Ing-Marie Nordgren and Jochum Pihl start working in the company.

Preparing to Broaden the Customer Base

At the start of the 1970s, Nefab was still facing challenges presented by the new, big business from LM Ericsson. The magnitude of this new business had put Nefab to the test in many ways, including a doubling of the workforce in just a few short years. In the middle of the decade, LM Ericsson announced that their need for packaging was potentially going to decline, meaning that Nefab should not expect the same volumes going forward. LM Ericsson believed that their new and smaller transistors would mean less required demand for packaging. As a response to the announcement from LM Ericsson, Nefab decided to strengthen the focus of finding new customers among export companies in Sweden, thus making sure that any lost volumes from their major customer was balanced with new business. 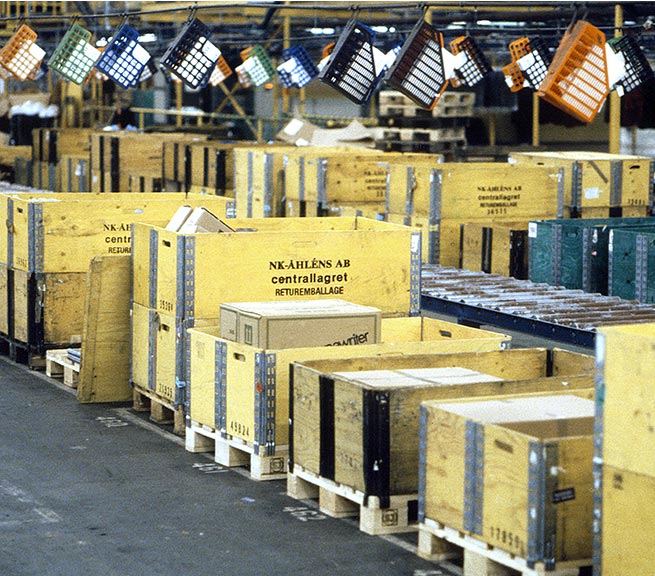 As Nefab’s know-how in packaging grew throughout the ‘70s, as new products were invented and brought to the market. In 1974, a new returnable plywood packaging solution was brought forth – the returnable plywood pallet collar. The product gained traction fast, and one of the first customer was Åhléns, a chain of Swedish department stores. This product was very flexible in terms of size (height) and was also lightweight, which made handling easy, which was a perfect fit for a department store like Åhléns! 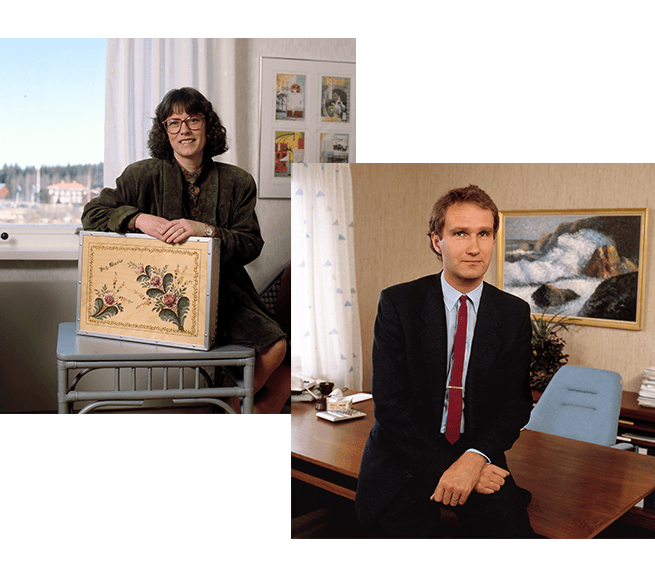